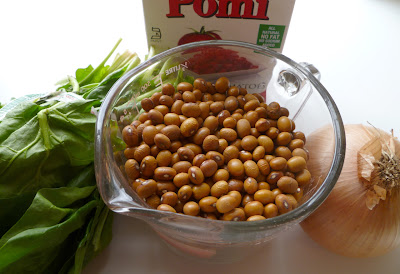 With the rainy weather persisting, I was craving a a bean soup with a rich pallet of spices. A bunch of spinach in the refrigerator and a box of strained Pomi tomatoes in the pantry were the inspiration for an rich bean soup with Indian spices. Of our selection of CSA heirloom beans from Lonesome Whistle Farm, the small Dutch bullets seemed the best suited for this dish, recalling small mung beans. 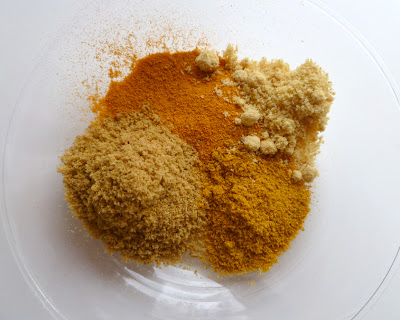 For spices, I used a combination of cumin, coriander, turmeric, and mustard powder. I sauteed chopped onion in oil until soft, then added the spices until fragrant, and then diluted in the strained tomatoes, 2 cups of Dutch bullet beans, and 6 cups of water. 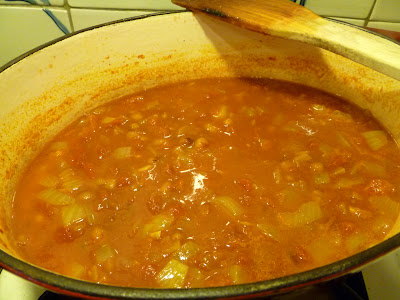 I left the beans to simmer on very low heat, partially covered, until they were tender, about 3 hours. 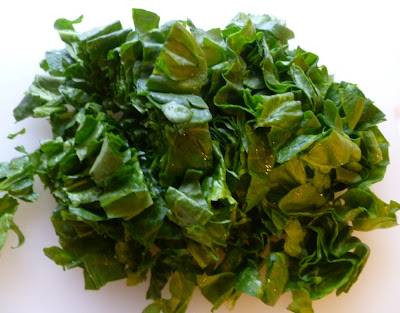 When we were almost ready for dinner, I washed and chopped the spinach, 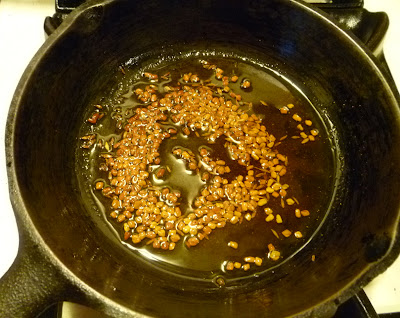 and prepared a tarka of hot oil with fenugreek seeds, cumin seeds, and cayenne pepper. With the heat off, I stirred in the spinach and spicy oil, and we enjoyed warm bean soup to ward off the drizzly weather. 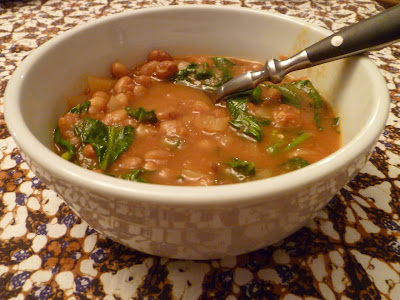 1. Sautee the chopped onion in 2 Tbsp oil until soft. Add the ground cumin, turmeric, coriander, and mustard powder and cook for about a minute, until fragrant. Add the strained tomatoes, beans, and 6 cups of water. Allow to simmer on very low heat, partially covered, until the beans are soft, about 3 hours. Add plenty of salt to taste.

2. Rinse and densely chop the spinach leaves. Heat the remaining 2 Tbsp of oil in a small pan and add the fenugreek and cumin seeds and cayenne and cook until fragrant. Turn of the heat for the beans and stir in the fresh spinach and spicy oil. Enjoy.

I love all you're doing with beans!! I knew they were versatile, but I just haven't explore them much yet. Hmm.... interesting....

Thanks for this recipe. I just made a batch!