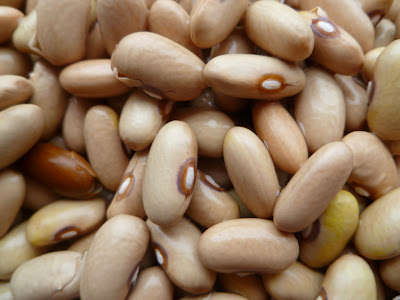 These lovely light golden and beige Ireland Creek Annie beans from Lonesome Whistle Farm are an English heirloom variety grown since the 1930's on Ireland Creek Farm in British Columbia. Like the Dutch bullets, these make their own creamy sauce when cooked. I wanted to try making a bean spread for bruschetta, and these seemed like a good choice for a mellow, earthy flavor. 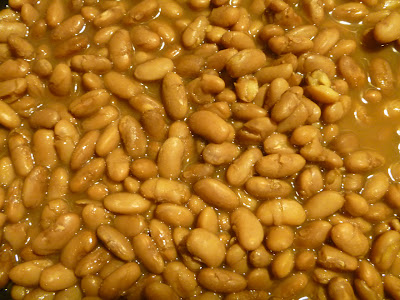 I cooked 2 cups of beans in 4 cups of water for 3 hours on low in a slow cooker (no pre-soaking necessary, but I gave the pot some vigorous swirls during the cooking process to stir the beans without opening the lid) until they were soft and saucy. Then I salted them generously. 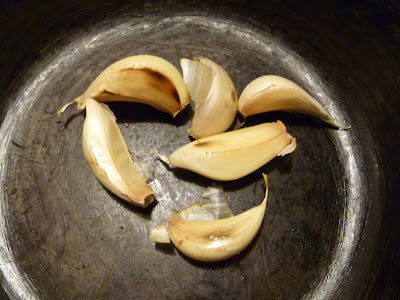 To flavor the bean spread, I roasted garlic cloves in a dry skillet until their skins were blackened in spots and the insides were soft and fragrant. In a food processor, I combined the peeled garlic with two cups of the cooked beans (reserving the rest for other uses) and a generous drizzle of olive oil and blended this into a smooth paste. As a contrast to this rich and pungent spread, I also made a romesco sauce to layer onto the bruschetta. 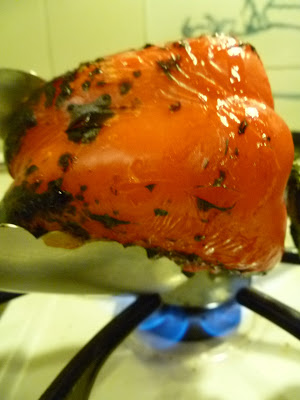 I roasted a red pepper over the burner until the skin was charred, and then let it steam in a covered bowl before scraping off the skin. 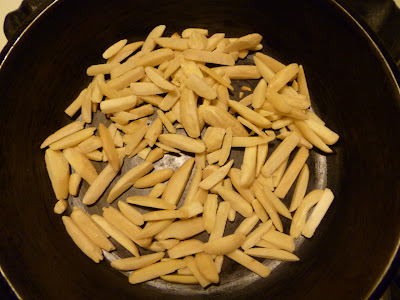 Meanwhile, I toasted almond slivers in a dry skillet until fragrant. 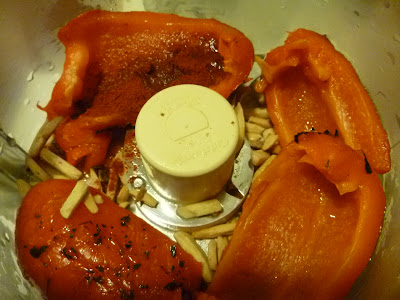 I combined these with smoked paprika and a drizzle of red wine vinegar in the food processor and blended until the almonds had just been pulverized but the sauce still had some texture. 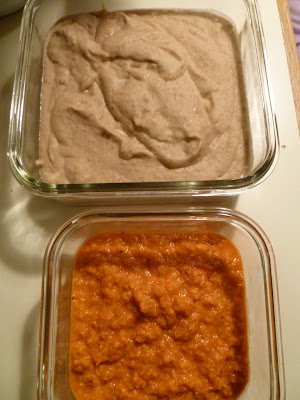 The two spreads were perfectly contrasting: the beans smooth, earthy, rich and mellow, and the romesco brightly colored, with the crunch of the almonds, the sharpness of the vinegar, and the kick of the paprika. 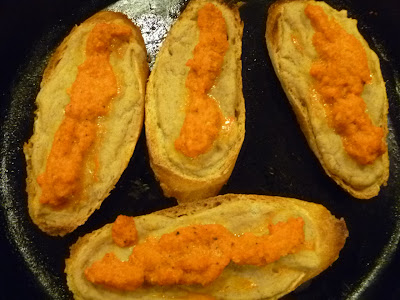 I layered the bean spread, followed by a stripe of romesco, onto slices of baguette from Eugene City Bakery, let them heat for a minute in a hot skillet with a film of olive oil on the bottom, and then stuck this under the broiler for 5 minutes until the bread was crisp around the edges.


These were the perfect accompaniment for pumpkin soup with gruyere cheese. 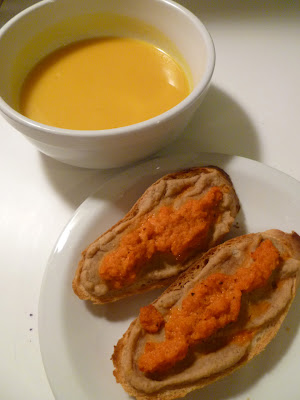 
For the bruschetta
1 baguette, sliced on the diagonal
olive oil


1. To make the bean spread, roast the garlic cloves in a dry skillet until the skin is blackened in spots and the garlic is soft. Combine all of the ingredient in a food processor and blend until very smooth. Add salt to taste.


2. To make the romesco sauce, char the red pepper over an open flame or in the oven until the skin is blackened. Place in a bowl covered with a plate to steam off the skin. Toast the almond slivers and place in a food processor. Scrape off the charred skin from the pepper, remove stem and seeds and add to food processor. Add remaining ingredients and process into a course paste.


3. To make the bruschetta, preheat the broiler. Spread a thick layer of the bean spread on each baguette slice, followed by a strip of romesco sauce. Heat an oven-safe skillet and coat lightly with olive oil. Add the bruschetta to the pan and let sizzle for a minute, then put the pan under the broiler for about 5 minutes, until the edges of the baguette slices are toasted.


The bean spread, with a layer of romesco sauce on top if you wish, also makes nice dip for raw vegetables or toasted pita triangles.